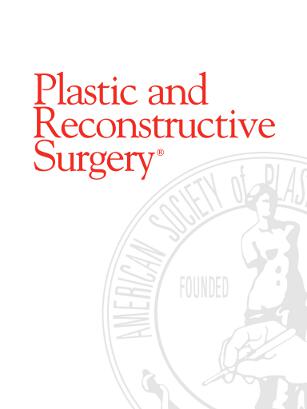 Methods: Ten cadaveric thighs were dissected centered over the profunda artery perforator. The perforator was injected with contrast medium and the flap was then subjected to computed tomographic scanning using a GE Lightspeed 16-slice scanner. The three-dimensional images were viewed, and measurements were obtained using Aquarius software, including horizontal and vertical extensions of the flap and areas of perfusion. Clinical examples are presented.

Results: A profunda artery perforator (occasionally two) was consistently found in the upper medial thigh region, posterior to the gracilis muscle. The area of vascularity shown by the spread of contrast extends inferiorly beyond the usual lower border of the profunda artery perforator flap, which is usually 7 cm wide. In injected cadaveric flaps, the mean horizontal dimension was 16.7 cm and the mean vertical dimension was 16.5 cm. The mean area perfused was 8812 cm2.

Conclusions: The profunda artery perforator flap is a vascularly sound flap, and is a good option for autologous breast reconstruction. Advantages include a reliable pedicle, no position changes required, and possibly an improved donor-site contour from a thigh lift. It is an excellent alternative to abdominally based free flaps and can also be used in conjunction with other flaps for further volume enhancement.

Dr. Haddock would love to hear your feedback.

Our paper describing breast reconstruction with a combination of LAP and DIEP flaps was published t[...]

Our paper was published in #PRSJournal describing a new way to manage the belly button with DIE[...]

Dr. Haddock is invited faculty at the Virtual Penn Flap Course. He will be presenting on DIEP flap[...]

Dr. Haddock was selected to the 2019 Texas Super Doctors® list. This will be published in December [...]

Dr. Haddock and his team use an enhanced recovery pathway when performing breast reconstruction with[...]

Dr. Haddock presented his work this weekend at the Texas Society of Plastic Surgery on his first 200[...]

Dr. Haddock was invited faculty to the Atlanta Breast Surgery Symposium. This is world class meetin[...]

One of the cornerstones of my practice is to ensure my patients are fully educated on the options av[...]

New Article on the PAP Flap published by Dr. Haddock

This paper presents are first 101 PAP flaps and the lessons we learned in our early experience.  It [...]

Dr. Haddock and Dr. Teotia had six presentations this year at the American Society of Reconstructive Microsurgery

Dr. Haddock and Dr. Teotia had six presentations this year at the American Society of Reconstructive[...]

Click to see the original article You may not think of surgery as an artistic process, but UT Sou[...]